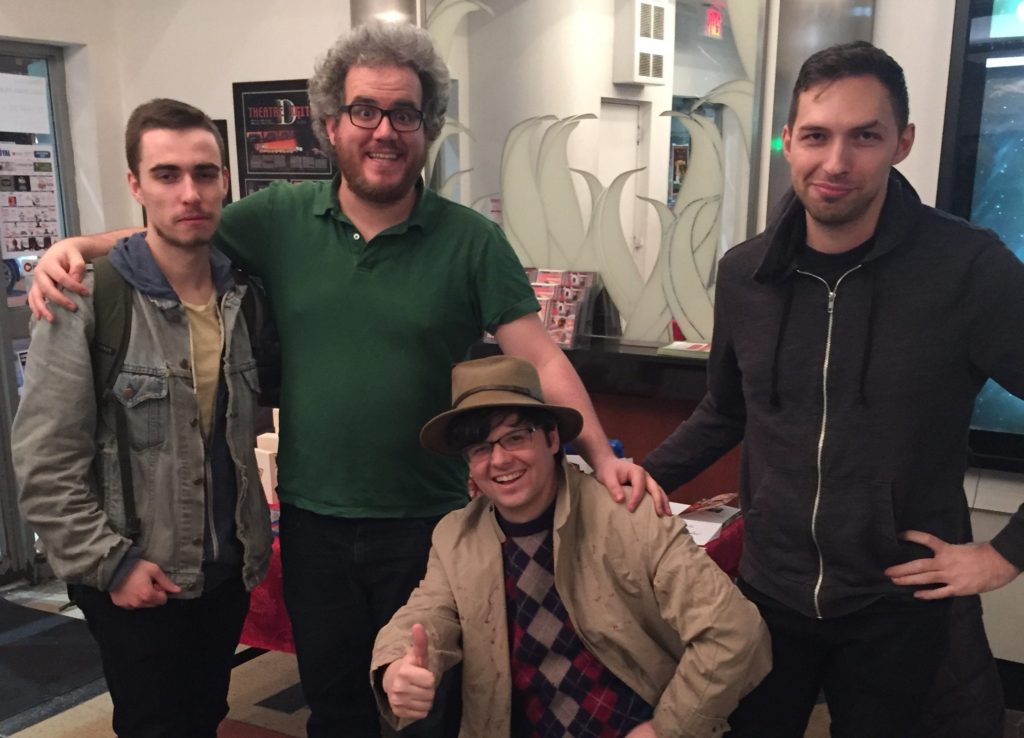 Toronto, November 23, 2016 – On Wednesday, December 14, Toronto filmmaker Justin Decloux will release a special edition Blu-Ray of his first feature film “Teddy Bomb” at The Royal Cinema with a one-time-only public screening event. The screening will include a Q&A with the cast and crew of the micro-budget film which was shot in Toronto and produced by CANMAKE Productions. The Blu-Ray will go on sale at the screening, and is filled with special features including 10 different commentary tracks, a behind the scenes featurette and deleted scenes.

Teddy Bomb, a splatter-comedy gore fest follows beer delivery boy Christian through Toronto as he inadvertently discovers a talking bomb, hidden inside a teddy bear that is being hunted by evil goons. Christian and his girlfriend along with his best friend Justin slash their way through bloody fights with the aid of the head exploding bomb.

The one-time-only screening at The Royal Cinema is part of a monthly program called The Laser Blast Film Society programmed by Justin Decloux and Peter Kuplowsky, which screens unknown films typically meant for direct to VHS release. “Screening Teddy Bomb at The Royal is a really great visibility opportunity for the film and for the people who helped to make it,” says Justin Decloux, writer and director of Teddy Bomb. “I feel incredibly lucky to have the chance to launch the Blu-Ray with a screening in a Toronto cinema.”

CANMAKE Productions is a narrative film production company based in Toronto that combines creativity with classic storytelling and local resources to produce horror and genre films. Filmmaker Justin Decloux has been working in Toronto’s film industry for more than ten years as a director, editor and writer. www.canmakeproductions.com.